Einstein said that insanity is when you keep on doing the same thing expecting a different result. It’s hard to argue with a man who came up with a theory more than 100 years ago that remains intact till this day.

However, what is even more noteworthy is the fact that if only business owners would listen to Einstein, they would be running businesses a hundred times more successful. If only managers would recognize their own insanity, they would be business owners instead of employees. If only employees could diagnose themselves based on the one-line statement of Einstein, they would be managers by now.
Businessmen or managers rely on business processes that they have been using for years expecting the same processes will bring different results. They are not open to new ideas or are not equipped to recognize great new ones if there is one.
sem.IDEA is a platform that guides managers and business owners in motivating employees to be more engaged to the business, inspires employees to be more involved in improving business processes and propose new revenue generating ideas and creates a more collaborative environment where diversity is becomes a unifying tool.

How Businesses Miss a Million-Dollar Opportunity Everyday
Let us refer to the study conducted by New Century Financial Corporation. They learned that employees who are more involved in the company get 28% more sales than employees who are not engaged. This is a clear proof that nurturing employee’s involvement with the company produce actual extra revenue.
The more frightening prospect is what business owners could be losing because they don’t listen to the people they pay to work for their company, the employees. Although unproven, many believe that each person will come up with AT LEAST two million-dollar ideas in their lifetime. If you are employing 500 employees, that will give you 1,000 million dollar ideas. If you manage to get a quarter of those ideas, you will be at least $25 million dollar richer. 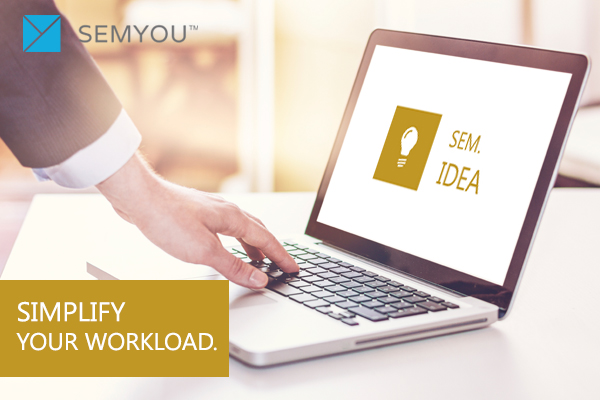 This has already been proven by Google when it allowed employees to pursue projects or ideas they have started. It resulted to Gmail, Google News and Google Transit. Imagine if Google didn’t listen to their employees or provided them with an opportunity to pursue their ideas, Google wouldn’t have changed the email game. We will still be paying for email space that’s more than 500KB.
Then there is the “Got Milk?” campaign that has featured biggest Hollywood stars, most influential people in the world and movers and shakers in different industries. The phrased was coined by one of the employees. It is grammatically incorrect and wouldn’t not have even been presented to the client for approval if it wasn’t for the trust that the advertising agency put on their employees. The campaign has since been credited to bring the interest back into the then dying milk industry.

sem.IDEA is the Platform for New Ideas Now
Many companies do not enjoy the luxury of having the time to meet once a week to listen to employees’ new ideas. After all, each employee is hired to fulfill specific tasks to ensure the company runs smoothly. Growing the business is the job of the managers and owners, not necessarily employees. That is true. Growing the business sis the responsibility of the owners and managers but it doesn’t mean owners and managers are the only ones who have ideas that can grow the business.
More than 30 years ago, Gallup came up with the “employee survey method” inspired by Fredrick Taylor’s study that proved employees who show more concern towards the company are also the most productive ones. The “employee survey” asked employees to express their comments and complaints through a survey.
When the process proved to be very limiting, as it only gives employees options on what they can express, the process evolved to allow employees to express whatever they want to say by giving blank sheets of paper. However, it was too broad and irrelevant.

Direct Contribution to the Company
sem.IDEA is designed to establish a direct platform toward company progress.
sem.IDEA allows anyone in the company with access to the platform to submit their idea. This idea will be directly visible to the managers and owners. This accomplishes two things:
•    It immediately establishes the owner of the idea
•    It immediately reaches managers and owners
Ownership of an idea and getting credit for it is a major motivation for anyone. sem.IDEA ensures everyone that whatever idea they submit will forever be traced back to them. Any duplication may be immediately checked and it may be visible to everyone.
More importantly, the idea becomes immediately actionable. It doesn’t have to go through bureaucracy. That also motivates managers to be more pro-active and quick in their responses. When an idea forwarded by an employee is worth pursuing and the manager does not do something about it, it becomes the manager’s liability.

Ideas to Action
sem.IDEA empowers everyone in the company to take action on an idea. As soon as something is posted, managers or owners may put the idea through a review process. It may be through asking other employees to comment on the idea, build on it, participate on it or vote for it.
However, the business owner may set who may approve or disapprove the idea. Once it is approved, it may already get into an implementation stage.

Opportunity to Contribute is the Greatest Retention and Growth Tactic
The CultureAmp research showed that when employees are given the chance to lead a department, project or idea, they are more likely to stay in the company. Knowing that they are heard and their potentials will not go to waste employs loyalty. Surprisingly enough, it’s not monetary incentives that motivate employees to engage in company’s effort to grow and progress.

Google, Facebook and other technology companies already proved that companies should change how they inspire and treat employees. Employees are partners and they should be treated as such. They are the ones that run the company and have better pulse as to what is beneficial for the consumers and the company itself. They should be provided with simple luxuries and, more importantly, with the opportunity to play a more crucial role in growing the company.
sem.IDEA does just that. It is a platform to cultivate ideas and collaborate. 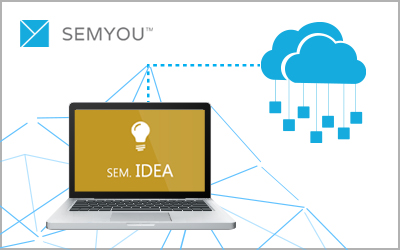