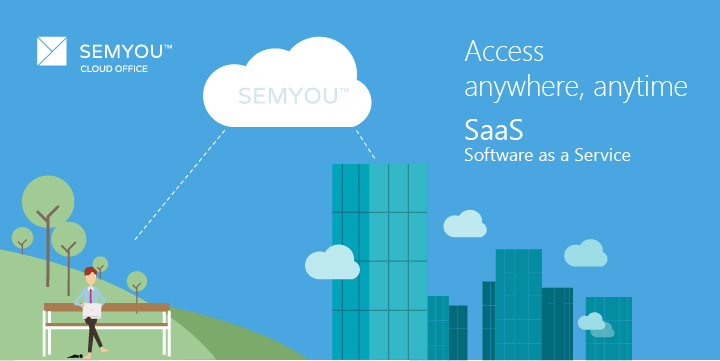 Cloud computing is a relatively new concept.  Like most new concepts, it may be accepted – even sought after – but not clearly understood.  As the importance and utility of cloud computing grows every day, it becomes more and more important to understand the inner workings of the technology that could change the way business is conducted.  Let’s “pop the hood” as it were, and investigate what makes SEMYOU and cloud computing tick.


Cloud computing is best defined by the National Institute of Standards and Technology (NIST) as,

“…a model for enabling convenient, on-demand network access to a shared poof of configurable computing resources (e.g., networks, servers, storage, applications, and services) that can be rapidly provisioned and released with minimal management effort or service provider interaction.”

SEMYOU is your gateway to that pool of computing resources and makes it easy to access the technology of the future.

If we continue with the car analogy expressed earlier, when we open SEMYOU’s hood, we don’t find an engine.  Rather, we find a pyramid.  It is this pyramid that provides power and structure and enables the end user to put the rest of the vehicle to use.  Look closer at the pyramid and you’ll discover that it’s made up of three distinct layers, one on top of the other.

The first, or bottom layer is Infrastructure as a Service (IaaS).  This layer is the hardware and software that powers the levels above it.  IaaS is composed of servers, storage, networks, operating systems, etc.  SEMYOU makes use of the most modern technology and operation methods to provide its users with a rock-solid foundation on which to operate.

The second layer is Platform as a Service (PaaS).  This layer is the set of tools and services that govern and control the coding and deployment of the applications used by the end user.  This level is made up almost entirely of software and runs toward the technical side since it deals mainly with the code involved in running the cloud.  SEMYOU has created its own PaaS that is wholely focused on providing business with the best possible operating experience available.

The third, or top layer is Software as a Service (SaaS).  This layer is the set of applications designed specifically for you the end user.  SEMYOU has incorporated advances in programming to produce Rich Internet Applications (RIAs) that provide full functionality – just like current software – with the need to download, install, or be at a certain computer.  Each RIA can be started and run directly from the cloud giving you access anywhere an internet connection exists.

To understand how these three components work together, a further elaboration of our transportation illustration is useful.

By itself, infrastructure isn’t useful - it just sits there waiting for someone to make it productive in solving a particular problem.  Imagine the Interstate transportation system in the U.S.  Even with all these roads built, they wouldn’t be useful without cars and trucks to transport people and goods.  In this analogy, the roads are the infrastructure and the cars and trucks are the platform that sits on top of the infrastructure and transports the people and goods.  These goods and people might be considered the software and information in the technical realm.

SEMYOU is the means by which you gain access to, and make use of, the vast information super-highway that has been created in the past twenty years.  The highway system had a profound effect on the way we work and do business.  Similarly, SEMYOU and cloud computing is having that same profound effect on business in the 21st century.

But the concept – and benefits -- of SEMYOU and SaaS goes well beyond just access anywhere, anytime.  SEMYOU offers businesses the opportunity to increase their flexibility and scalability by providing both pay-as-you-go and a pay-only-for-what-you-need services.  You determine the software that will be of the most benefit to you and only pay for those applications.  This is one of the inherent benefits of SEMYOU’s SaaS:  Take what you need.  Pay only for what you use.

This makes it easy to transition from on-site data management to the cloud by allowing you to dictate what applications are cloud-based and how quickly you transition to their use.  You can move one part of your business into the SEMYOU cloud or multiple parts.  At any time you can expand or contract your SEMYOU services based on the current needs of your business.

The SEMYOU cloud computing model is truly the best in the business.  Its IaaS, PaaS, and SaaS are cutting edge and combine to form a powerful tool that will alter the face of business forever.  Get access to the cloud computing pyramid today and get started on your road to the future.