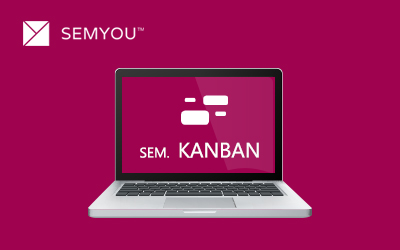 By now, you probably already know of the game-changing Toyota production system where each employee is given the authority to stop production when flaws or errors are spotted. Each employee is also given the right and responsibility to think and contribute to how Toyota can improve their production processes and product features.
The same guy that designed that production process, Taiichi Ohno,  developed Kanban. Kanban is a visual tool designed to address one of the biggest problems stunting the growth and sustainability of businesses, entrepreneurs and employees inability to finish what they start.

Of every 100 adults, 25 are habitual procrastinators as per Joseph Ferrari. A professor of Psychology at DePaul University, Ferrari stated that most of these adults won’t even acknowledge it. They credit their inability to finish the tasks they start to unwelcome interruptions .
Dr. Gloria Mark, associate professor at the Donald Bren School of Information and Computer Sciences at the University of California, states that there may be some truth to the excuse. Her research stated that employees or anyone doing a day’s work get minor interruptions every three minutes and major interruptions every 25 minutes. On the average, it will require anyone about 23 minutes to go back into full working gear after interruption .

Although there are a lot of tactics that employers may use to motivate employees to focus on their work and shun distraction, procrastination might be one of those things employers will simply have to accept. It happens. Technology isn’t making it easier either. Google embraced distractions by putting the things that distract employees within their employees’ proximity.
Not everyone is Google unfortunately and no everyone has to be. Just because a company won’t build gyms and have a daycare within the company doesn’t mean it has to suffer from procrastination.
Sem.KANBAN is a platform that values the result more than the process. As a result, employees or team members are trained to deliver results rather than count their hours. When team members or employees do not deliver results, they suffer the consequences.

Employees or team members may be oblivious to their non-productiveness because there is a lot on their plate. Whether it is a writer in charge of 5 e-books and 10 blogs or a Supply Chain Officer sourcing for overseas suppliers of raw goods, the sheer number of people they need to speak with, reports they need to make, analysis that goes in between and level of research that needs to be accomplished, it is easy for employees to be too busy with so many things that they end up not completing anything.
sem.KANBAN solves this by creating a visual representation of every task or project that’s in the pipeline, when it is supposed to be delivered and who is handling it. In other words, Kanban makes everything transparent and easy to comprehend. When there are tasks or projects in a certain week and not enough people to get it done, it’s time to prioritize.
It also alerts people involved in accomplishing a task when things are getting held up and easier to collaborate for a solution.
More importantly, it motivates people to get things done because a clear deadline is set, the output is at stake and everything is transparent.

Kanban is the Japanese word for signboard or billboard. Ohno designed it to make work visual and organized. He believed that when things are visible, transparent and organized, employees are given stronger reason and motivation to complete the work.
One of the most productive ways the sem.KANBAN system may be utilized is through the “pull” system. Employers may post the work that has to be done and whoever has completed theirs can pull the work for them. This works for result-driven companies. However, even companies that pay their employees a per hour wage find value in sem.KANBAN. It becomes the easiest tool for performance assessment. Outputs are easily recorded and archived.
Naturally, there are some tasks that may not be converted in the Kanban form. People in charge of answering calls can’t log each call they answer and same thing is true with people in charge of receiving letters and packages.
However, sem.KANBAN can inspire these employees to think of processes on how to get things faster. These suggestions and projects may then put in the sem.KANBAN and later on be used as an assessment tool on how employees are contributing to the company.

Former president of Stanford Research Institute (SRI), Curtis Carlson, said that companies or any group for that matter will grow and progress if they do something innovative. Most successful companies broke new grounds or created something different that improved lives. However, a survey by MindMatter back in 2015 showed that less than 5 percent of employees feel they are innovating. Take note that it does not mean they don’t have innovative ideas or are not trying to do something innovative. Employees simply feel they are not able to accomplish whatever it is they set out to do. In fact, 75% of these employees feel their projects or ideas are not properly managed .
The reason for these misses is the lack of process and platform that nurtures these ideas or projects that prosper innovation. sem.KANBAN is designed to generate result. It is designed to help companies get things done and in a single view, realize what’s missing and how it can be addressed. It will not take a whole week of analysis what tasks are important, what tasks are being held up and who are the ones delivering better results.

Sem.KANBAN serves as a giant billboard for everyone in the company to see. It is transparent, accurate and motivating. It will help companies create a process where employees are able to see their own and the company’s productiveness.